BIO and BACKSTORY:
A TALENT FOR TRENDS

By Ginger Burnett
Originally published in The Cleveland Plain Dealer 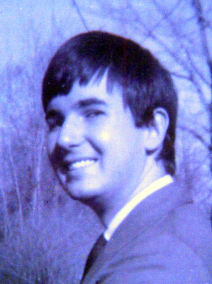 In the spring of 1966, an ambitious young fashion director for Carlisle’s department store in Ashtabula made an outlandish prediction in a fashion forecasting meeting.

“Nobody believed him,” said Lorenzo Carlisle, then an assistant manager at the family-owned store. “Nobody had even seen a miniskirt. We thought it was nonsense.”

One of Carlisle’s staff members suggested that Wolfe be fired for his absurdity.

But miniskirts made their American debut within a year and became the biggest trend in women’s apparel in the second half of the 20th century. 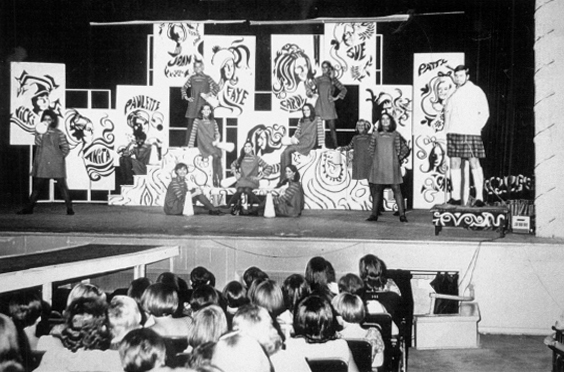 “He’s an excellent predictor of trends,” said June Weir, a former editor of Women’s Wear Daily, Vogue, Harper’s Bazaar and The New York Times Sunday Magazine. “I think he’s one of the best.”

Today, Wolfe is the creative director for the New York-based Doneger Group, the world’s largest retail fashion consulting firm, whose clients range from Nordstrom to Wal-Mart.

Fashion insiders from every level of the industry consult with him regularly. Designers fear him, fashion buyers hang onto his every word, and trendsetters wear the fashions he predicts. His quotes can be read in fashion publications every month.

“He’s the only person in fashion who I consider really smart,” said Lila Nadell, a retired journalist who covered the fashion industry from 1955 to 1999 for Women’s Wear Daily, Glamour and Clothes, a trade magazine.

For someone whose opinions and predictions can make or break a designer’s collection or affect a company’s revenues, Wolfe is as casual and relaxed as a favorite pair of faded blue jeans.

Wolfe was born in Cleveland in 1941 but grew up in Mentor. Even as a child, he was interested in fashion.

“When I was in the second grade, I got into serious trouble,” Wolfe said. “I not only said I wanted to be a dress designer, but I drew a picture of a hula girl with a navel. I guess I knew lowrisers were coming.”

He landed his first job in the advertising department of Carlisle’s, which sold everything from housewares to clothing.

Wolfe illustrated full-page ads that appeared in Northeast Ohio newspapers. Recognizing his talent and sense of style, the Carlisle family soon made him fashion director.

He implemented a new advertising strategy called “fashion image advertising.” Given his own boutique department in the store, he purchased mini-dresses from London and accessories from France.

“We never sold them, but they enhanced the store’s image to the customer,” he said.

Soon, Carlisle’s was holding fashion shows that were so crowded, the fire department ordered that they be moved to a bigger venue. Thanks to Wolfe, Carlisle’s had a new hip image.

Sheila Hirst, an English make-up artist, a buyer for the store’s cosmetic department, became his assistant in the fashion shows and, later, his wife.

In 1968, he traveled to London, with Hirst, where she encouraged him to pursue job opportunities.

“I was having a great time in Ohio, but I was a big fish in a small pond,” Wolfe said.

Hirst encouraged him to start looking for jobs at the top.

“You can always work your way down,” she told him. As it turned out, he never needed to do that.

Heeding her words, Wolfe scored an interview with Anne Knight, the fashion director of Fortnum & Mason, a prestigious store in London with ties to the royal family that dated to the 1700s.

“I will never forget it,” he said. “When I walked in, she was sitting behind a desk in black Yves Saint Laurent couture suit and a hat, and the office was furnished in King Louis XV antiques. It was so intimidating.” 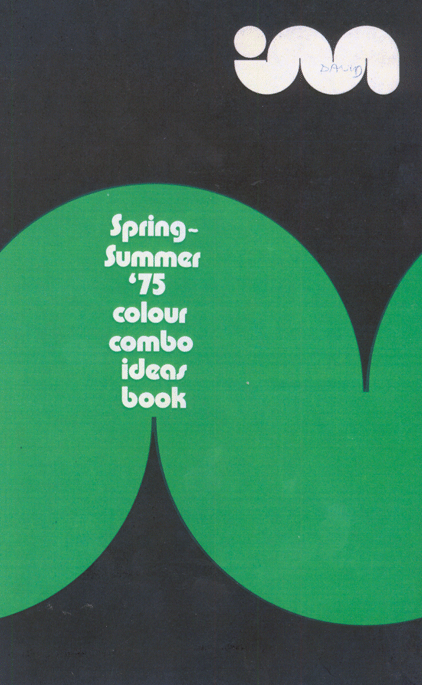 Trying to conceal his nervousness, Wolfe plowed through his presentation before the stone faced fashion director. When he finished, an awkward silence filled the room.

“I sat there for what seemed an eternity,” he said. “And then she asked me a question that changed my life. She asked, ‘Can you go to Paris this afternoon?’”

“Yes,” he blurted out, unaware that she just had fired her advertising agency and had signed a new contract with British Vogue that morning to promote designer Emanuel Ungaro’s first ready-to-wear collection. It would be available exclusively at Fortnum & Mason.

Wolfe flew to Paris that afternoon and met with Ungaro for a private showing of his designs.

“They told me I could sketch whatever I wanted,” he said, still sounding amazed by it all. “I had often daydreamed and fantasized about stuff like that.” 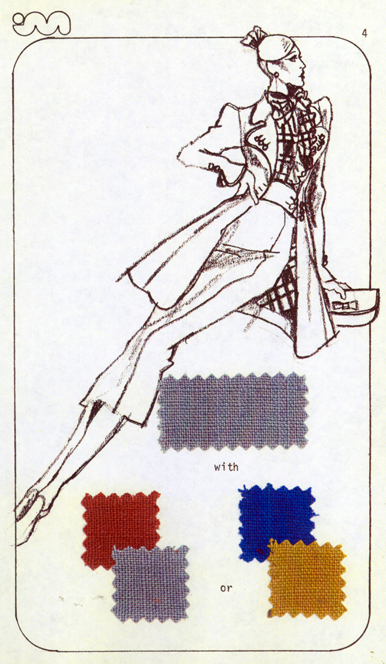 As soon as his sketches appeared in the glossy full-page Vogue ads, Wolfe’s phone started ringing. He had become a hot item in the international fashion scene-and England’s highest paid fashion illustrator, pulling in about $2,000 a sketch.

Wolfe moved his wife and three children from a trailer in Ashtabula to a picturesque penthouse overlooking the Thames River in Wimbledon. His children-another child would later be born in England-attended private academies, and he took riding lessons in the English countryside.

After a year of the good life, he grew bored.

“I was only thought of as a fashion illustrator and was being paid to illustrate someone else’s thinking,” he said. “So I threw it all away.”

But not for nothing.

The fashion industry was rolling. Independent boutiques, rather than the grand salons, had become visionaries on the fashion front.

“The American fashion industry needed to know about this, frankly, to copy it,” said Wolfe, who shrewdly recognized there would be a need for this kind of information.

In 1969, he and fellow fashionphiles in London founded one of the world’s first fashion forecasting services, Imaginative Minds International, which published monthly news reports that revealed the latest collections shown on the Paris runways.

At the time, the Paris fashion shows were cloaked in secrecy. They were closed to the public and all competing American designers and manufacturers, who, it was feared, might copy the designs.

But the I.M. staff exposed the private shows for all the world to see. They become fashion spies.

The designers also feared that Wolfe would pan their collections.

His opinions, then and now, could turn a no-name designer into an international success. Wolfe was among the first to discover the work of Karl Lagerfeld and Giorgio Armani. He also discovered Gianni Versace in 1974, after seeing some of his silhouettes in an Italian fashion show.

“He was free-lancing for different fashion companies,” Wolfe said. “He didn’t even have his own label. I found Armani the same way.”

Besides discovering talent, he was forecasting trends that the European collections were expected to launch.

“People would kill for this information,” said Nadell, the retired journalist, who interviewed Wolfe while reporting on the world’s first forecasting services. “These early services were a link between the Paris collections and the American and English designers.” 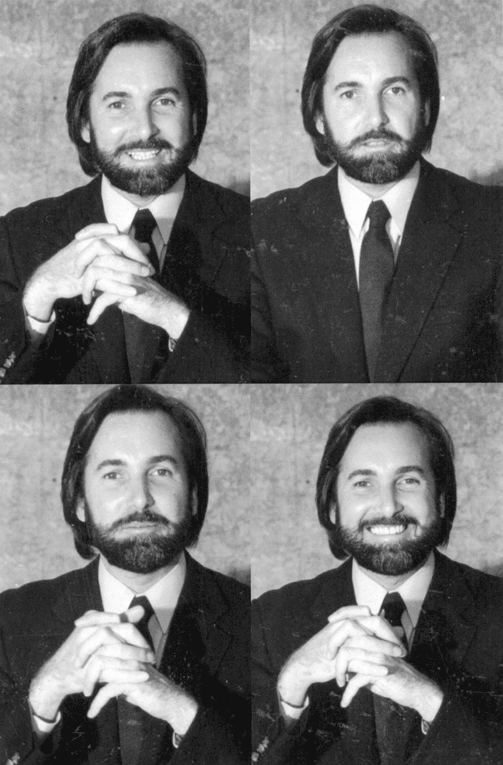 I.M. had a client base that included Calvin Klein, Ralph Lauren and Versace, said Wolfe, who served as the group’s creative director.

Most high-profile designers deny ever purchasing creative information to inspire their designs, Wolfe said. But most designers and major companies do buy it.

“They’d be silly not to,” Wolfe said. “They can’t afford to be wrong. Fashion is an industry, not an art.”

Wolfe left I.M. in 1981 and started a company called TFS The Fashion Service, which created and sold trend information to designers and advised merchandisers on what they should buy.

At around the same time, he moved to New York, sensing the international spotlight soon would shine on American designers such as Donna Karan and Marc Jacobs.

In 1990 he signed on as The Doneger Group’s creative director. It was and is a position that easily could be influenced by top name designers. Wolfe said he prefers to remain an observer, not a participant. 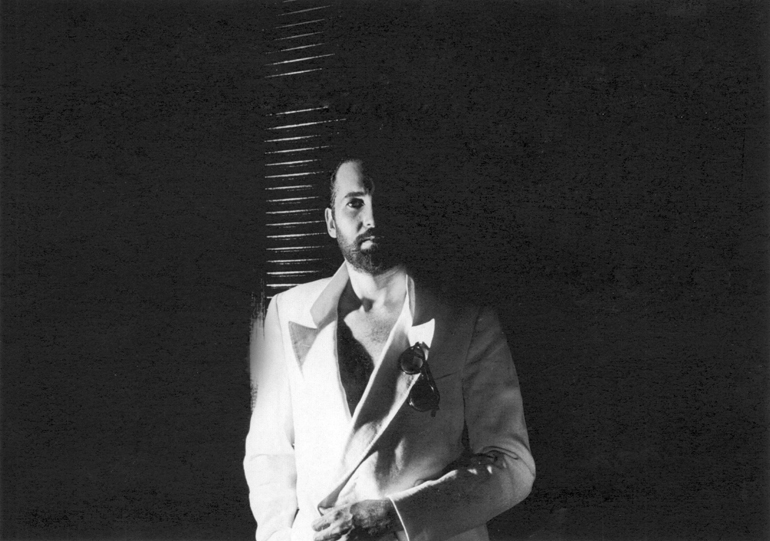 “I’m an opinion maker, so I try to maintain creative integrity,” he said. “I’ve never bought into the hype and fluff of fashion. I refuse to go to fashion parties and associate with designers, because I then don’t feel I could criticize their work. If you’re chummy with Donna Karan, you can’t say her collection sucks.”

So how does Wolfe gather the information he uses to make his predictions? He reads, he sees movies, he goes to the theater, and he travels, especially to the French Riviera, where nascent trends emerge in Saint Tropez.

“It really is paying attention to everything going on in the world: economics, politics, showbiz, weather and demographics and how they all come together into a miniskirt,” Wolfe said.

He recently predicted that colorful prints and patterns would replace all-black attire, and yoga pants and dressy sweat suits such as Juicy Couture’s would become popular, said Leslie Ghize, senior vice president of the Doneger Group.

“He’s the best there is, because he follows the industry and the trends and then gives it all context,” said Ghize, who oversees several divisions at Doneger, including Wolfe’s. “He’s a true force in the industry.”

That mob shook him up, baby

Fashion-trend forecaster David Wolfe learned firsthand the power of anticipating in a trend in 1964.

Wolfe, then 23, created a mob scene when his hip new look got him mistaken for a Beatle at the Hippodrome Theater in downtown Cleveland.

The Mentor native admits he hadn’t always been on the cutting edge of fashion before that night at the Hippodrome.

“I was a typical Midwestern nerd,” he says.

He had been wearing khakis, white shirts, neckties and glasses to work.

“And my hair was neatly combed back,” he says.

But that all changed when he discovered the Beatles and gave himself a drastic makeover.

Sporting a new Beatles haircut and decked out in a green metallic suit and Chelsea boots, Wolfe sauntered into the jam-packed Hippodrome for a closed-circuit broadcast of a Beatles concert.

But while making his way through the crowd, he was mistaken for one of the Fab Four.

Wolfe, who is creative director for The Doneger Group in New York, had to be rescued by police from a frantic mob of screaming teenage girls, according to a front page Plain Dealer article at the time.

Two officers helped him hide in the manager’s office. After the lights went down, they took him safely back to his seat.

But the mob erupted again when the concert was over, according to the article. The girls rushed him, so he ran into a men’s room. They followed, trapping him, his brother, Charles, and a Plain Dealer photographer. Police had to come to the rescue again.

That was enough for Wolfe. He decided to get his hair cut that week… but his lifelong fascination with trends continued to grow.