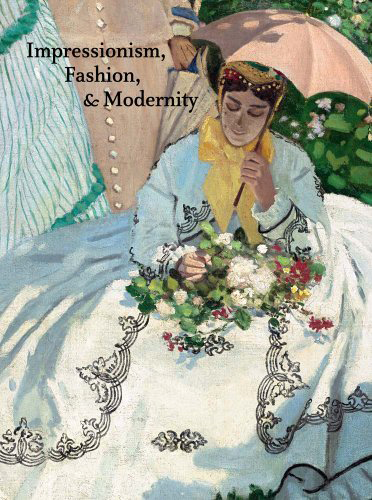 The argument that seeks to decide how fashion is to be considered has raged forever. It is now decided once and for all (or at least for today.) It is both. It is unquestionably a craft, a commercial industry that provides ever-changing apparel for the world’s population. And now it is also regarded with sonorous respect as an artistic expression of creativity. Light years apart? Occasionally an idea, a so-called “trend,” crosses over from one to the other. A high fashion designer’s flight of fancy may trickle down and influence mass desire. Or a style that emanates on the street in a lower social strata (often birthed in pop music) makes a quantum leap into high fashion.

Nowhere is this cross-pollination of high and low fashion more evident than in the current movement evidenced in art museums that now display with great ballyhoo special exhibitions devoted to recent, or even current fashion. Many museums have fashion collections, but in the past, archives have contained antiques, examples of historical interest. That is no longer the case. Recent “vintage” styles are of more interest to the general public than scholarly studies of long bygone apparel and accessories. Even more significant is the surprising appearance of brand new right off the retail rack fashions displayed not to sell, but to be worshipped as works of art. Things have changed since the ‘70s when Diana Vreeland caught flack for mounting an Yves Saint Laurent exhibition at the Met while the designer was still living. 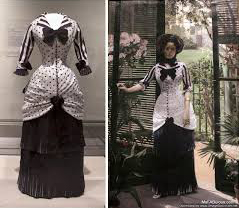 Two special exhibitions recently overlapped at New York’s Metropolitan Museum of Art. Both were fashion-related, but they were far, far apart in approach. “Impressionism: Fashion and Modernity” was a scholarly concept, magnificently executed. It spotlighted the period when impressionist painters moved from landscapes to scenes of contemporary life as exemplified by fashionable Parisiennes. Not portraits, but paintings in which the subject’s usually lavish apparel became the focal point with special attention given to textiles executed in the impressionist style.

Hundreds of important paintings and a handful of antique garments were displayed with comprehensive and coherent written explanations as well as an articulate audio tour. 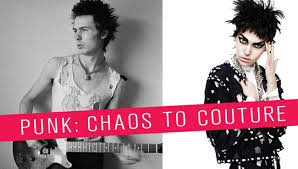 Just steps away was “Punk: Chaos to Couture,” the crowd-pleaser kicked off by the media circus of a celebrity-choked red carpet gala wherein the attendees (including Madonna, Beyonce and Kim Kardashian) don costumes often related to the exhibition’s theme. The concept seems to make sense: a view of the rebellious social movement of the ‘70s and ‘80s that began as a subculture statement and became a fashion trend embraced by the establishment. Unfortunately, the exhibition seems to have been curated by magazine editors rather than fashion historians. The fascinating early chaos is brushed aside in favor of outlandish creations designed to be worn on fashion show runways and never again. It is interesting to note that ever since its inception, punk has been an inspiration to any designer seeking to be deemed “cool.” It should be noted that virtually every outlandish garment displayed is a gift from the designer, not a private fashionista doner, never worn in real life. 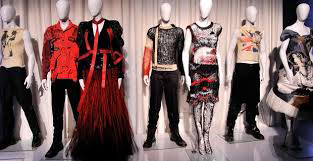 The Punk exhibition pushes the envelope of non-historical significance by spotlighting Junya Watanabe’s black garbage bag extravaganzas that are from the collection not yet available in stores (as if they ever will be!). Isn’t there an inherent difference between a museum and a boutique? Of course, museums need funding and by appealing to the masses, they pretend a cash cow is a silk purse. Often, exhibitions are sponsored by companies such as Ralph Lauren, Chanel and Prada. The general population seeks sensation not serious study of style. The Alexander McQueen exhibition was the Met’s biggest show yet, the draw being the sinister dark designs of the deeply troubled suicidal genius. Sensationalism, like sex, sells.

The Met is not alone in its drive to draw a crowd beyond its usual attendees. The venerable V&A (Victoria & Albert) Museum in London is packing them in with an exhibition devoted to Pop musician David Bowie. Both the museum and Selfridge’s department store have special tie-in souvenir merchandise (catalogues, clothes, tote bags, jewelry, t-shirts, posters, postcards, books), as does the Met for both the Punk and the Impressionist exhibitions. Will the coming exhibition devoted to madly-hatted fashion muse Isabella Blow offer wacky millinery as a souvenir for sale? No doubt.

There is no longer a gap between fashion in museums and fashion in the world at large, no longer a difference between a serious study of style and a shopping spree. Fashion, once an elitist pursuit, now belongs to the masses. Now there arises a new debate question: Is fashion to wear or just to look at? 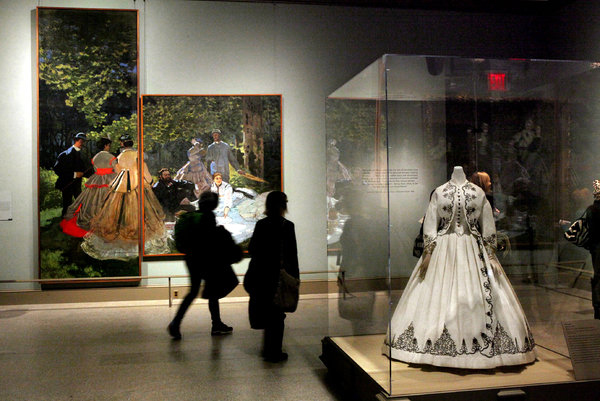